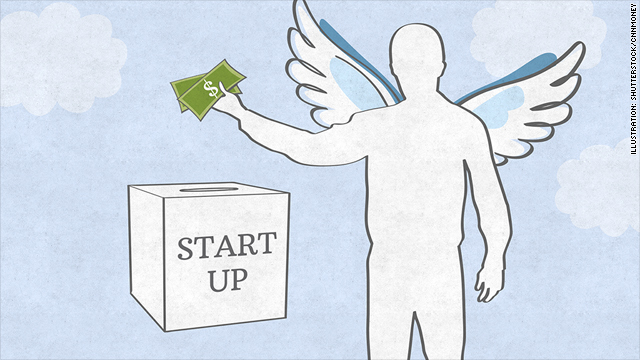 We have curated a list of the Top 25 UK Angel Investors. Below are details on their sector focus and highlights of investments.

Comments: Simon set up online bookstore Bookpages in 1996 and sold it to Amazon in 1998. As VP Europe for Amazon, he managed huge growth from start-up through to multimillion turnover and hundreds of staff. He is currently managing partner at Episode 1. Simon founded and funded FriendsAbroad.com, a social network for developing language skills and contacts abroad which was successfully sold to Lesson Nine GmbH, operators of language learning site Babbel.com.

Comments: Chris Adelsbach, named UKBAA Angel Investor of the year 2018/19, is one of the most established angels within the financial industry. Previously he spent 10+ years at Genreal Electric and co-founded Marlin Financial Group. He is currently co-founder and Managing Partner at Outrun Ventures and a Venture Partner at Techstars.

Comments: Considered as one of the most accomplished European venture investor, Laurel is a general partner at 83North, a global venture capital firm with over $800 million under management, focusing on Europe and Israel. She is based in London and holds current boards and investments in: Wolt, Ebury, Mirakl, Celonis, HungryPanda, MotorK, Lenses.io, BlueVine, Lendbuzz, Critizr, TIS and Workable. Previously on the Boards of Investec PLC Ltd.

Comments: Chris Mairs co-founded telecoms software company Metaswitch Networks alongside 6 other former IBM employees. Since he has been chairman of Magic Pony Technology, acquired by Twitter,  and now is currently a Venture Partner at Entrepreneur First.

Comments: Sarah is a technologist, entrepreneur and angel investor. She’s spent most of her career working in digital technology in the UK, US and Asia as an advisor and connector for start-ups and corporates. In 2014 she co-founded the award-winning angel network, Angel Academe. Angel Academe invests in women founded and co-founded technology startups with high growth potential.

Comments: Taavet Hinrikus is co-founder and CEO of TransferWise. Prior to starting TransferWise, Taavet was Skype’s director of strategy until 2008, starting as its first-ever employee. One of the World Economic Forum's Tech Pioneers, Taavet is an adviser to Prime Minister of Estonia on the digital agenda. He’s also a mentor and angel investor; his investments include Tweetdeck, Mendeley, OMGPOP, Property Partner, Sunrise, Improbable and Mapillary.

Comments: Alex Chesterman is the founder and CEO of Cazoo. He was the Founder & CEO of ZPG Plc, a FTSE-250 listed company. Previously Alex co-founded Lovefilm, Europe's leading digital movie rental business, which was successfully sold to Amazon. Alex is also one of the UK's most active tech angel investors having backed dozens of early stage digital startups and was awarded an OBE for services to services to digital entrepreneurship in 2016.

Comments: Nicole Junkermann is a London-based entrepreneur, investor and business leader focused primarily on the crossover between the media and technology sectors. She is among a new group of well-connected, successful entrepreneurs who believe that digital innovation and experimental technology will create breakthroughs in areas from medicine to education, and from retailing to premium content consumption.

Comments: Michael co-founded Gumtree in 2000, which was acquired by eBay, and Slando, acquired by Naspers. Michael is one of the most active angel investors in London-based technology companies. His preference is for investing as early as possible in talented founders. Recent investments include Juro, Koru Kids, Breedr, HeyDoc, SecondNature, Hedoine and Hometree.

‍Comments: Errol's a global entrepreneur and early stage technology investor based in London. He loves building innovative businesses with inspirational people. He founded Wonga.com, an online and mobile lender and technology company with backing from some of the world's top VCs and ran it from inception in 2006 through 2013, when it had grown to over $100 million in ebitda.

Comments: Akhil has 15 years of strategic, operational, and financial experience. He spent 2 years working with Goldman Sachs asset management before joining the family business, Caparo Group. He is an active angel investor / advisor to 50+ companies alongside top tier VCs. He likes to provide real-time pro-active support to founders through a strategic global network of potential customers, investors and advisors.

Comments: Reece is an experienced founder and award-winning Venture Capitalist. He is the Founding Partner of RLC Ventures, an early-stage VC fund based in Victoria London.

Comments: Rosemary is the Managing Director of the Forsyth Group, which she founded in 1981. Since then the company has established itself as a leading retained executive search firm, specialising in helping to build senior management teams and Boards for many of Europe’s and the USA’s most disruptive and transformational businesses.

Comments: Previously Commercial Director at Zebra Fuel, Europe GM at MealPal and Head of Sales at Deliveroo, Nick is currently founding partner at GC Growth Partners and Advisor at Antler where he provides start-up consultancy services alongside angel investments.

Comments: O.D. Kobo is an experienced entrepreneur with over twenty-years of demonstrated history working in the financial services and technology industry. Mr. Kobo has advised on numerous transactions, including M&A and capital raising representing more than $2 billion in aggregate value.

Comments: Yoma is an Angel Investor with a demonstrated history of investing in technology companies. Yoma is a frequent keynote and panel speaker at prominent industry events such as StartupGrind Europe and Fintech Live. Yoma holds a MA in International Business from the University of Greenwich and holds a certificate in Venture Finance from the University of Oxford.

Comments: Ian has a background in machine learning and, during his Masters in 2005, he worked on an early computer vision project to classify breast cancer biopsy images. After university, he co-founded Songkick — the concert service which scaled to 12M unique monthly visitors and $100M in sales. In 2015, Songkick sued TicketMaster for antitrust violations and settled out of court in January 2018 for $130M. Ian is an angel investor in startups including Cleo, Cuvva, Hopin, and Tide. He is also the chairman of Phasecraft, a quantum software startup.

Comments: Michelle founded Songkick and ran product there for 9 years. They grew to 12M unique monthly visitors and $100M in GTV before she left. As a Venture Partner at LocalGlobe, she looks at climate and environmental-related investments, while also keeping an eye on her first love — consumer products that solve a problem

Comments: Tom is a general partner at Google Ventures. Previously, Tom was a design director at IDEO Europe, where he founded OpenIDEO, an open innovation platform that has over 150,000 users from more than 170 countries. Tom also launched OIEngine, an online platform for IDEO clients, including Harvard Business School and the Knight Foundation

Comments: 30 years as a founder, operator, investor, and advisor. Previously Paul was a Co-Founder and General Partner at LVP. Previously, he was an investment banker at Avista Partners, Commerzbank Securities & ING Barings. He has both a HBA & MBA from the Richard Ivey School of Business at University of Western Ontario in Canada.

Comments: Richard started in his career in advertising but has since shifted his attention to start-ups. As an investor/advisor to over 50 early stage companies and Richard has learnt a lot about what it takes to launch & grow a start-up. He also the co-founder of the ‘Friday Club London,’ a ‘non-profit’ events company aimed at providing start-ups free access to senior marketing expertise.

Comments: Co-Founder and Executive Chairman of Founders Factory (a corporate-backed studio and accelerator), Founders Forum (an invite-only, global community of founders, corporates and tech leaders) and firstminute capital (a $100m seed fund with a global remit, backed by Atomico, Tencent and over 30 unicorn founders). Previously, co-founded lastminute.com in 1998, was CEO from its inception, and sold it in 2005 to Sabre for $1.1bn.

Comments: Tony Jamous is a tech entrepreneur and angel investor. He has made over 15 direct investments in global technology companies with a focus on developer tools, platforms models, impact, FinTech and HR Tech.

Comments: Sherry Coutu is an angel investor and serves on the boards of companies, charities and universities.As an entrepreneur, Sherry established and successfully sold two businesses in the financial services industry. The first (acquired by Euromoney plc) has operations in more than 70 countries

Comments: Stefan is an entrepreneur and investor from Germany who enjoys living in London. He is the co-founder of companions.de, companionsTV, ricardo.de and myblog.de. He is the founding investor and executive Chairman of Mendeley.com and RjDj.me and has been and in the same role at Last.fm.