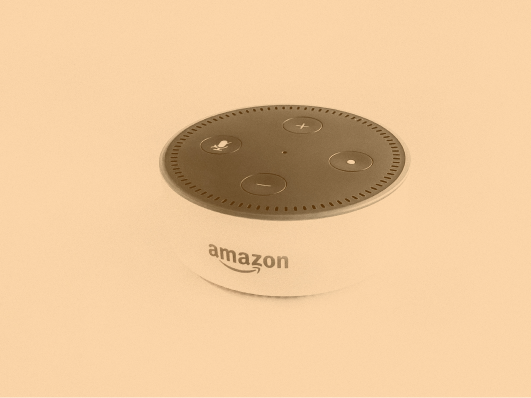 Voice technology is growing at a faster pace owing to its increasing number of benefits such as accessibility, flexibility and better productivity. The application of voice has grown into sectors such as Gaming, Podcasts, E-commerce, Healthcare and more, which has benefited consumers across countless aspects of their lives.

This article is an exploration of the industry verticals voice is currently impacting and analyses the trajectory of its growth.

Why has it taking longer than expected for adoption to occur?

The main hurdle third-party developers and brands face is the challenge of discovery. Firstly, how are consumers made aware that an Action, Skill, Capsule (or whatever companies decide to call their voice application)? Second, being a somewhat fragmented market, Asia has experienced much higher growth and pulled away from the US and Europe with the implementation of voice in certain sectors. The region is already seeing explosive demand in Smart Speaker shipments and development across the three main players Xiaomi, Baidu and Alibaba. Population, funding, acceptance of digital payments and a friendly government environment will see this growth continue along with defensibility of their dominance.

Whilst growth and penetration of devices remains slower in the US and Europe, the opportunity is still ripe as changes in behaviour and attitude toward Voice will lead to an increase in the adoption rate.

To date, more than 100 million Alexa devices have been sold by Amazon and by 2024, 500 million devices are expected to be sold which will result in a total market size of $30 billion.

The Amazon smart speaker has changed the way individuals interact with audio and voice as a category. Whilst the majority of the voice assistant market share is held by iOS Siri and Google assistant through mobile devices, Amazon has really forged its own improved functionality for the voice assistant, one that enables users to take advantage of Amazon’s incredible range of services and offerings.

The evolution of hardware products is enabling the future of voice to impact multiple sectors of everyday life, most notably is the impact it is having on entertainment.

One trend brought about by the evolution of voice-enabled hardware products is the breakout of podcasting and audio related content that was seen in 2019. The scale of investment being made into venture-backed companies and the significant spike in acquisitions is further showcasing the growth potential and opportunity that audio related companies present. Some of these businesses focus on the technology behind creator tools, monetisation tools and production studios, all of which enhance the user experience and expand the use cases for further development in voice technology.

As seen by some of the notable deals, the likes of Spotify and General Atlantic are acquiring companies in the space and looking to benefit from the audio/podcasting trend. Consumers are demonstrating a strong appetite for audio content and this is shown by the spike in the number of deals being done over the past year.

Gaming is also seeing evolution in it’s space as a result of voice related technology being implemented into the user experience.

“It should be the experience, that is touching. What I strive for is to make the person playing the game the director.” — Shigeru Miyamoto

One particularly interesting trend is the emergence of voice games. Through devices such as Amazons’ Alexa or Google Home there has been a huge spike in players in recent months. These games have an advantage over traditional video games as they are designed to attract the whole family, address potential loneliness and include the disabled and blind communities, a group that has long been neglected by traditional games.

Success stories from leading Alexa game developers Labworks.io show the effect to which this is having on the disabled community. A quote from one of their users — “I have been playing Trivia hero, with my best friend in England over Facetime. We are both totally blind and love games we can play using our voice.” The visually impaired community are not the only individuals that voice games are reaching, in a time where everyone is stuck at home and glued to their electronic devices, voice games are bringing families and loved ones together through fun and interactive content. This market, through Amazon’s push for smart speakers, will likely see major growth in the coming years.

Although, smart speakers are not the only way voice tech is expected to impact the gaming sector. With the emergence of VR and other such immersive forms of gaming, voice technology can be used in a number of ways to improve the overall experience. Recently, IBM partnered with game developer Ubisoft to improve the experience of playing the virtual reality game Star Trek: Bridge CrewUsing Watson’s interactive speech recognition technology, the game now allows players to communicate with other characters and perform certain actions solely by using voice commands. It’s predicted that in some games, a user’s voice could essentially replace the controller.

If hugely popular video game developers such as Bandai, Blizzard, EA, or Nintendo wanted to jump on the voice tech bandwagon with minimal effort (in terms of actually conducting voice data collection themselves), merging with these dedicated voice-tech systems could be a plug and play solution. And, if these partnerships do indeed start to form, then the future of voice technology in video games looks to be incredibly accurate, localised, and totally ubiquitous. Whilst this is not something that is widely available to gamers at the moment, the interaction of voice tech with the gaming sector will shape the Future of Gaming.

“We see our customers as invited guests to a party, and we are the hosts. It’s our job every day to make every important aspect of the customer experience a little bit better.” — Jeff Bezos

Voice tech has improved the buying experience for consumers in e-commerce as it is helping its users to place orders online. The number of consumers who are using smart speakers for their purchases is increasing rapidly. Statistically, around 21% of the US smart speaker owners have bought music or movies and 8% have purchased household items. We have already seen Amazon’s “Alexa” offering household products and fresh food items from local Wholefoods stores and delivering them in some cases on an hourly basis.

The future of v-commerce, voice enabled e-commerce, doesn’t stop at the smart speaker. Assistants are being embedded in a wide range of devices, including smartphones, smart speakers, self-service kiosks, televisions, home appliances and even cars.

However, a struggle that v-commerce faces lies within the voice payment recognition. An amazon consumer survey found that 50% of the respondents said the safety of their personal and financial information was their most pressing concern. We need to see growth in the multiple security mechanisms of v-commerce, including authorisation, virus protection, and remote access management. That being said, the space still has a long way to go in terms of reaching its full potential. With the voice assistants constantly improving and learning how to recognise the vocal characteristics, cadence and accent of individuals, the future of voice assistants in the commerce space is expected to grow exponentially.

In 2020, around one-sixth of all healthcare-related searches were conducted via voice, this means, a brand who is not optimised for voice search could be missing out on about 15% of their target audience. It is almost as if these virtual assistants are the next logical step in transforming the healthcare domain and improving patient’s lives.

Voice assistants have two major groups of potential users in healthcare: physicians and patients. Physicians often utilise programs to take patient notes, process data, and access records. The organisation of data is an important component in time-saving, and voice assistants may well be the solution. A virtual 24-hour assistant answering patients queries will reduce the time spent in hospitals significantly, freeing up more time for doctors to conduct critical care.

What does the future hold…

Technological advancements are making the voice assistants more capable. These advancements are due to the increasing adoption of artificial intelligence and the growing popularity of the internet of things. Technology giants have come up with their voice assistants like Apple’s Siri and Amazon’s Echo which make the mobile user experience more convenient and user friendly too. Companies like Samsung, Orange, Alibaba, and Motorola have also entered this market.

Voice is continuing to improve the efficiency of a number of industries whilst advancing the use cases it can provide. The spike in demand can be seen by Andreessen Horowitz’s’ latest funding round in Clubhouse at a (crazy) $100m valuation, a start-up only in its early beta phase. With voice technology growing at a rapid pace, we are likely to see more funds taking larger bets, looking to disrupt and own the space.